Sierra Katryniuk: too young… too wise

Sierra Katryniuk: too young… too wise

Sierra Katryniuk has the heart of a lion. This is metaphoric, yes, but also, it’s true. There is no other way to explain her astounding courage and bravery in the face of profound adversity.

At the tender age of 24, Sierra was diagnosed with breast cancer. The news came just two months after she and her family had suffered the sudden and tragic loss of her younger brother. Her family was in what she calls “survival mode,” and Sierra, a bright young woman working as a health care aide and pursuing a career in nursing, was in no place to deal with this monumental blow.

But there was no way around it, so Sierra summoned her lioness heart and somehow managed to put one foot in front of the other and wade through the treacherous waters. She found courage to face the decisions, cope with the uncertainty, and, with her sister’s help, to research treatment options that later became choices she would “fight for.” 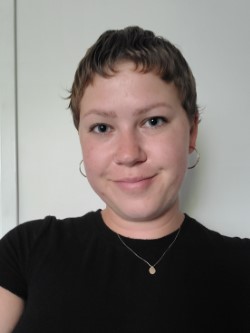 “I had this lump for over two years but my doctor thought it was nothing. I had fibrous breasts like my mother. Then it got bigger and it was itchy and painful. I went in to see if I could just have it removed, even if it was just a cyst. That’s when they ordered an ultrasound, then a biopsy, then the mammogram that they would not let me have earlier because they said I was too young,” she said.

Too young for the harsh news that she had breast cancer. Too young to have to advocate for a double mastectomy when her surgical oncologist recommended a lumpectomy or a single mastectomy. Too young to be recovering from double mastectomy surgery – celebrating the success of clear margins and clear nodes – in the process of reconstruction – only to find a new lump at the site of the incision. 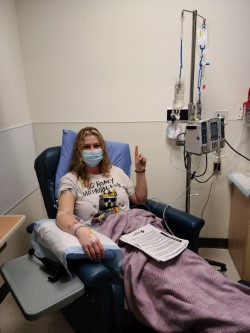 “I really thought it had to be scar tissue. When I went in for my next appointment, I asked the doctor to have a look,” said Sierra. “I couldn’t believe it when they did another biopsy and it was the same cancer – again!” Even with both breasts removed, Sierra, now 25, was facing a whole new regime of treatment including harsh chemotherapy and many rounds of radiation. More time off work. More uncertainty.

Another massive hiccup in her young precious life.

Around this time, Sierra met another young breast cancer survivor who told her about Wellspring.

“Sometimes it’s hard to jump into random stuff with strangers, but I found Wellspring different – easy to navigate right from the start. The people were amazing,” said Sierra.

Over the next few months, Sierra took several programs, including creative journaling, yoga, art, exercise, meditation, and Money Matters. She looked forward to the peer support calls and made friends with other young adult cancer survivors. She found the programs soothing and helpful, and she also found solace in her ritual of claiming physical space at her cherished community.

“Once the centre near me reopened, I wanted to be there all the time. I still do. So even if I’m not in a program, I go to Wellspring and sit on the patio and paint or listen to music – I call it my little safe haven.”

It’s too early to ‘give back’ but that doesn’t stop this gung-ho lion-hearted member from trying.

“I keep saying to them – I want to volunteer at Wellspring – I know a lot about cancer now! I might be able to help others!” she said. But Wellspring holds fast to the rule that, members – those living with cancer – should just enjoy the programs and focus on their own wellness. Volunteering at Wellspring is for the days when cancer is in the rear-view mirror.

Even though she is still in the throes of cancer recovery, Sierra has already made space for streams of optimism to light her path. 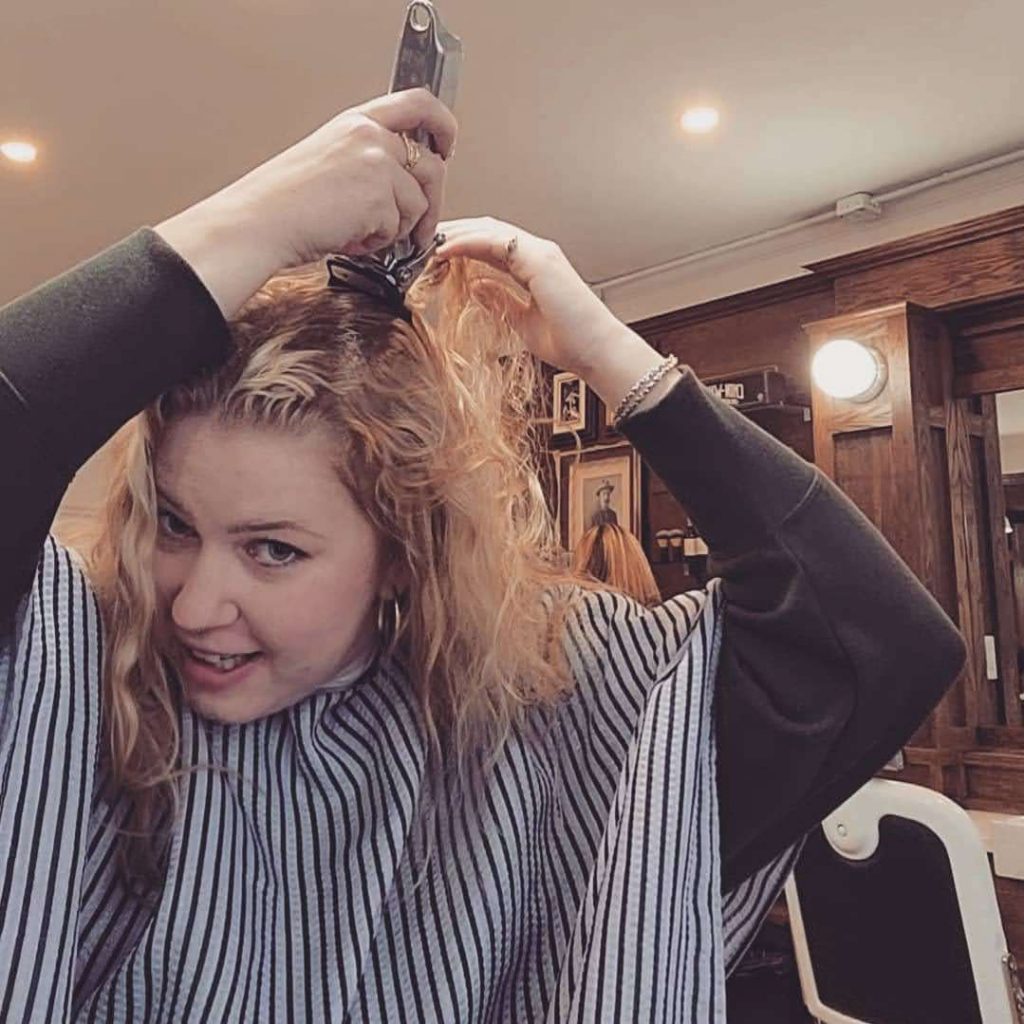 “Wellspring has restored my life. Thanks to them, I’m finding my way thought this with the best support possible. This has changed my whole perspective about cancer. It sucks to be apart of the cancer community – but on the other hand it’s really an amazing community. It blows my mind that Wellspring can offer all these things for free – in that way I feel lucky,” she said.

Sierra has made a strong proclamation for the days when this is all behind her, and she returns to a career she is passionate about.

“When I get back to my field, I will actively promote Wellspring! I’ll be the best advocate there is!” 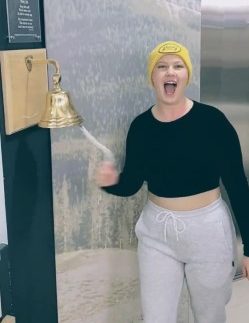 Sierra’s reflections on having cancer in her 20s

“I really think cancer has changed my outlook. I’ve worked in healthcare for awhile now – mainly working in palliative care. Having cancer has made me realize that I can turn this experience around and make it a benefit in my life and impact others positively. For example, I will be more compassionate when people say they have pain. I will know what they’re talking about when they say they are nauseous. I really think this is going to help me in my healthcare journey. I can’t wait to continue that path.” – Sierra Katryniuk